As this post from last October details, I’m a relatively new fan to the zombie genre (if my fandom were a child it would be 8 years old), but I am definitely an eager one!

Ever since my interest was first piqued by my friends, and by the movie Shaun of the Dead, I have been devouring zombie culture much like zombies devour brains.

So, naturally, I have been watching the series “The Walking Dead” with rapt attention. I’ve also done my best to get as caught up on the comics as I can (given limited time and budget – woo and hoo for Wikipedia character descriptions!).

The thing about the television series that I both enjoy and drives me up the wall with frustration is how the characters are so busy in-fighting that they totally screw up any chance at preparing AGAINST zombie attacks. They are entirely re-active and not pro-active.

They totally could have dealt with the huge herd that showed up for the season two finale in such a way as to prevent any character deaths, and they also could have avoided the necessity to leave the farm – all they had to do was prepare a little bit in advance.

For example, they’ve known since Atlanta that “walkers”, as they call them, will follow sound. All they needed to do was set up some sort of “sound bomb” a quarter to a half-mile out from the farm – loud enough to travel a good distance, clear enough to be coming from a set direction — (four total, one for each compass point) and a way of triggering them. Then if their lookouts were actually doing their damn jobs (instead of NOT keeping an eye on young Carl), once they had spotted an approaching herd, they could “fire” the sound nearest to the herd that would cause them to turn around or away from the farm. If the “CRACK” of a single gunshot will get an entire herd to shift direction, surely a 5 to 7 second “BRWAP” from a bull-horn will more than work. 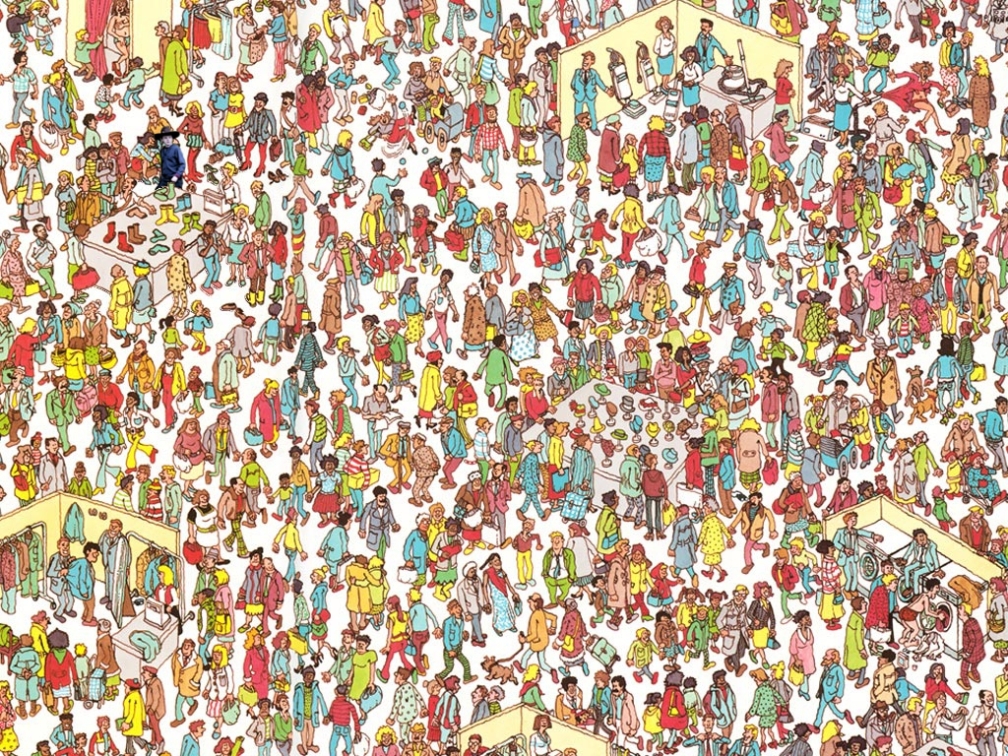 Ah crap. Does anyone know where the heck Carl is again??

But what if they don’t have the ability or technology to trigger the sound bombs remotely? Well then, once the herd is spotted, a brave soul (or two) will need to hop on a bicycle (not a loud motor-bike, or car, but faster than walking or running) and get to the chosen sound bomb location and fire it off, then high-tail it back to base.

If a sound bomb can’t be set up in advance, then the brave soul gets to the pre-determined location (perhaps identified with a paint-mark or brightly colored fabric tied around a tree) and fires a round or two into the air with a gun and THEN high-tails it back to base.

Can't stop for a chin-wag, I'm off to razzle the lame-brains!

You might argue that this is a waste of valuable ammo, but to that I say shooting one or two bullets into the air so as to AVOID shooting hundreds of rounds into hundreds of zombies seems like a better way to hang on to precious ammunition, don’t you think?

So that’s what you do to prevent a herd from getting to the farm. But what about smaller groups or solo-walkers?

Again, our loveable characters wasted valuable time arguing with each other when they SHOULD HAVE BEEN digging and rigging tiger-traps (complete with wood spikes at the bottom) all around the farm’s perimeter. Once this had been accomplished, daily patrols would have discovered freshly trapped walkers. Any walkers whose brains hadn’t been spiked by the fall could have been quietly bludgeoned (again NOT wasting ammo) and the bodies disposed of (so as to keep the traps empty and ready for the next one – a full trap is a pointless trap).

It's not like they don't have practice digging holes.

These are only a couple of things that the group could have done to avoid/prevent the carnage that happened.

I’ve been having zombie dreams lately and in them as soon as it’s clear that zombies are happening, I grab my wife and our pets and make for the nearest Costco which we manage to secure with a group of other survivors. I immediately proclaim myself the leader and demand that everyone do as I say because (after a short poll) it’s revealed that I am the only one who has read Max Brooks’ The Zombie Survival Guide and who actually had the forethought to bring a copy of the book along. Then we all get into an argument about supply rations and usually at this point I wake up.

Clearly, I’ve been thinking about this too much.

But, while some viewers I know are rooting for more death and dismemberment, I’m waving my little flag and rooting for our heroes to actually survive. They just need to use a bit of what zombies crave most: BRAINS.